Sydney property prices rose 1.9 per cent in the first quarter of 2020, with houses up 2.6 per cent and apartments 0.8 per cent, Australian Bureau of Statistics data shows. Indications are an end of falling prices, with values growing annually for the first time in two years – houses grew by 6.8 per cent and units by 3 per cent leading into 2020. House prices continued to rebound faster than units, although houses have more ground to recover considering they led the downturn. Property investment in Sydney over the past decades has been an under-supplied market, a property market which has as a benefit the strongest economy in the country, high levels of migrants arriving every year, all these factors result in a relatively stable base level of property demand. However, house prices in Sydney have gone to high to soon leading into 2020 so most analysts are expecting a pull back in values over the next 2 years but this is yet to happen long term 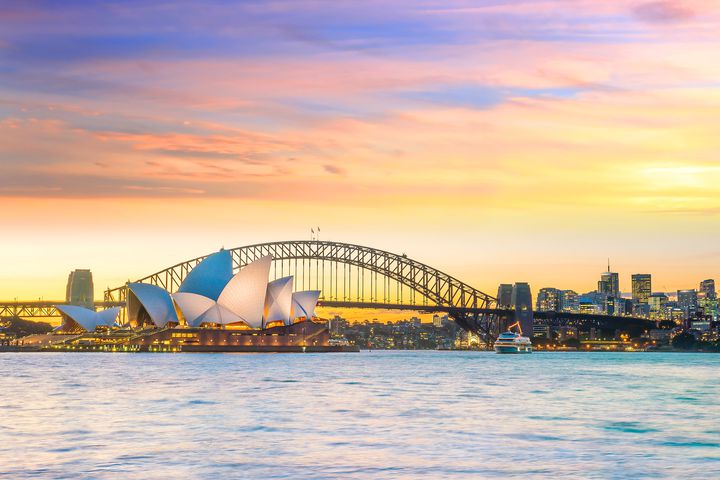 Of course, this doesn’t rule out the possibility of staying ahead of the peak. The key is to first recognise where the hot run has already been. Many property investors are now turning towards the Brisbane and Gold Coast property markets with much lower median price values and good rental returns achievable. “Potentially a better bang for your buck”

Sydney property investment has historically grown along the pebble-in-the-pond model from the CBD. Recent changes to interest rates for investment properties, falling auction clearance rates and reports from selling agents that the number of potential buyers at open homes has dropped off, indicate that the strongest capital growth in this cycle is behind us.

We’ve seen large increases in the value of properties in Bondi Beach and surrounding suburbs in the past 12 months, particularly for lower- to middle-end houses at $1.5 million to $3 million. The Botany/Mascot area has also seen strong growth in both house and unit prices.

In the inner-west, Concord and Cabarita for houses and higher-end units in the Jackson’s Landing precinct in Pyrmont have been some of the best performers.

In the south, houses in particular have seen strong growth, with suburbs such as Hurstville, Riverwood, Engadine and Illawong all performing strongly. The Padstow/Revesby area has experienced strong growth on the back of a surge in the construction of duplex properties.

To the west, we’ve seen significant growth in the Hills area, with strong economic conditions coupled with the commencement of the North West Rail Link creating a ‘perfect storm’ of market conditions.

Further west, in the Penrith and Blacktown local government areas, there’s been significant growth in the previous 12 months … This area of Sydney has been undervalued for a while now and, in particular, property investors have become aware of this.

Savvy buyers should look for infrastructure and planning-led growth to stay ahead of the game.

The NSW Government has targeted certain areas for urban growth in Sydney including the Parramatta Road corridor, North West Rail Line corridor and other rail line corridors, particularly in inner- and middle-ring locations. Large employment growth centres and around improvement transport links to the future Badgerys Creek Airport precinct are likely to provide a ‘growth wave’ to surrounding localities.

While most parts of Sydney have been through their major growth in this cycle, there are still opportunities.

Bayside suburbs such as Brighton-le-sands, Monterey and Sans Souci look to still have some growth potential, particularly for older style units. Areas on the fringes of metropolitan Sydney to the north, south and west still provide some opportunity for capital growth … In some of these areas, a decent family home on a decent land size can still be purchased for around $600,000. To take advantage of this, Sydney property investors have to be less selective about where they want to live and invest.

In general, we expect to see a period of stable to mildly increasing prices for the Sydney investment property market. There will still be some opportunities in certain pockets for larger growth, however, we expect rental growth to be the major feature of the Sydney residential market over the next few years.

Sydney remains an under-supplied property market, plus a market which has as a benefit the strongest economy in the country, as well as still being strong along lines of mitigation … there’ll always be that demand for bridesmaid suburbs which are on the fringe of higher-priced suburbs.

Interestingly, Parramatta remains untouched by high growth suburbs on the heat map, but was central to growth regions overall.

Parramatta is emerging as Sydney’s second CBD so we may begin to see more activity in suburbs that use its services and facilities.

Over the past three years, areas like Canterbury-Bankstown, The Shire and the northwest have grown because of affordability barriers in central suburbs.

Now we’re into this very flat housing market cycle, because of low growth, low interest rates, low inflation macro economies, the shift from areas of affordability will be less pronounced.