Darwin’s housing market has struggled to recover from the post-mining boom multi-year downturn and in 2020 price levels remain constrained. Darwin was the only capital city to record price falls across the quarter and year for both houses and units. House prices fell by 3 per cent over the quarter and 1.1 per cent over the year. Darwin is now the most affordable capital city to purchase a house – a title the city once held briefly 17 years ago. In the space of five years Darwin has gone from the second most expensive city to purchase a house, to Australia’s most affordable capital.

Darwin property is already relatively expensive considering its small size. Any recovery in Darwin’s housing market hinges on a rebound in population and economic growth.

The most affordable suburb within 10 kilometres of the CBD is Malak – however, the median price in this suburb remains an elevated $585,478, according to RP Data. Anula, Moil, Millner and The Narrows were also identified as cheap compared to neighbouring areas. 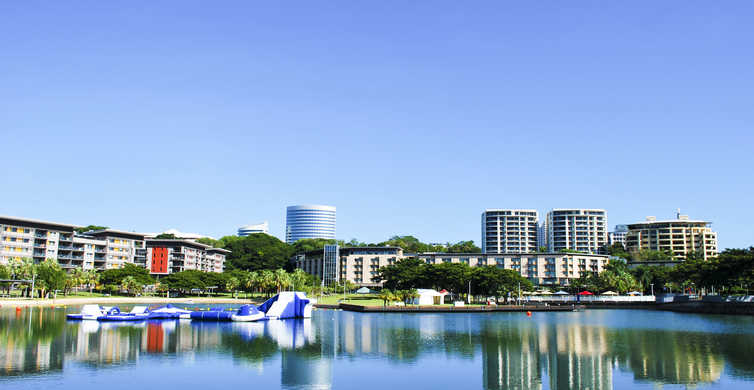 To combat the lack of affordability, the NT government has commenced a land release program to introduce 2,000 new properties onto the market.

Part of the NT’s funding is dedicated to improving amenities and infrastructure near new estates.

In Palmerston, a $300 million shopping centre is currently in the works to support a new development in Berrimah Farms and Holze.

In the inner city, apartment development has reached new peaks. According to Colliers, apartment sales increased by 58 per cent over the June quarter, with demand driven by investors. As a result, older apartments have taken a hit and are dropping in value.

However, rents are beginning to flatten out as more investors buy into the market, Colliers warns.

Just outside of Darwin, Herron Todd White reports the rural residential sector is seeing sustained growth after a major upgrade to Tiger Brennan Drive. Moreover, although Alice Springs has been in a “period of consolidation”, the valuation firm believes houses under $500,000 should continue to grow over coming years.

The Northern Territory and Darwin traditionally has a buoyant rental market.

Darwin attracts the highest rental return yields of any capital city in the country, according to RP Data.

However, RP Data warns rents tend to be flat in the city. Over the past quarter, the data showed no change for either house or unit rental rates.

A Herron Todd White report warns unit rentals may falter as more construction projects are completed and stock levels increase. The vacancy rate in the city centre has already increased from below two per cent in late 2013 to 3.9 per cent this June, SQM shows.

In Palmerston, by contrast, availability is tight and competition among tenants is fierce. Only 1.1 per cent of rentals are currently available, according to SQM. Rents have been tracking steadily upwards for several years, with houses increasing by 29.2 per cent since 2011.

Elsewhere in the state, rental conditions are fairly stable, SWM data shows. Alice Springs vacancy rates are at a healthy two per cent. But, in Katherine just 0.7 per cent of rentals are available.

Over the past three years, the median rent in Katherine has been volatile, which could be attributed to the small size of the market. However, since 2011, house rents are up by 24.9 per cent and units by 20.9 per cent.

Contact us for a free information pack on property investment in Darwin or to arrange an obligation free consultation.