Brisbane’s strong property market is set to keep performing in 2022 with demand being driven by substantial gains in recent interstate migration movements. Until now Queensland has escaped the worst of the pandemic and the region stands to further benefit once a recovering tourism sector returns to full operations. Brisbane also looks set to receive a further boost to infrastructure investment having been officially awarded the 2032 Olympic Games.

The Brisbane property market has continued an upward trend, amassing an approximate 27.4% growth rate in the past year. This market is predicted to continue performing strongly while also providing affordable homes compared to other east coast cities such as Sydney and Melbourne. In the months leading into 2022, a significant upsurge in property hitting the market has been observed, with a noticeable demand for housing within the Brisbane CBD and areas surrounding performing very well. In the past month, the Brisbane market managed to accrue their highest number of monthly preliminary sales since the beginning of 2019.

Average enquiries per for sale listings have more than doubled in the past year, and Brisbane auction clearing rates have continuously been in the 70 percent range, implying that buyers significantly outnumber sellers, resulting in higher property prices.

Furthermore, property in Brisbane’s inner and middle-ring suburbs has grown by 5.3 percent in the last three months, with the city’s more expensive houses consistently outperforming.

Brisbane’s property market has evidently shown excellent results, and further evidence indicates that there are more strong results to come

It is predicted that there will be a nationwide soar in housing prices within the next year due to an upcoming plan which allows Australian citizens to pull money out of their superannuation in order to pay housing deposits, sending prices of Queensland homes by over $103,000.

According to Domain, there is hope for purchasers who are keen to get into the market: thanks to the booming market, many homeowners who have been debating whether or not to sell are being attracted by record prices. 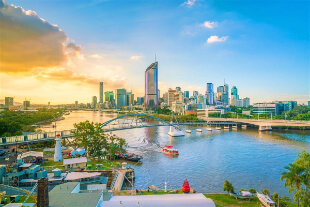 The ongoing threat of a global pandemic leading into 2022 has shifted buyer priorities, forcing more families to consider a place of permanent residence (owning home), pushing more people to make forward decisions on their residence.

Brisbane boasts a $603,000 median house price, and it is 29.6 per cent less than the affordable median price at a 3.5 per cent loan rate, signifying that the market is undervalued. Brisbane would still be undervalued at 14.8 per cent even if interest rates were to rise 1 per cent. Despite these values, the Brisbane market is predicted to be stronger in 2022

Our Services are Free to Investors 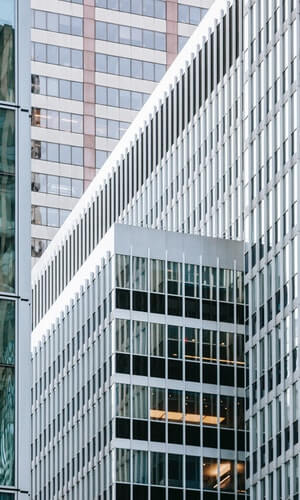 Information on this Internet site should not be regarded as a substitute for professional legal, financial or real estate advice. Because every investors needs and financial situations are different, the ideas on this web site are intended as a guide only.

Australian Residential Property Planners and its related entities responsible for maintaining this Internet site and its directors, officers and agents believe that all information contained within this Internet web site is correct. However, no warranty is made as to the accuracy or reliability of the information contained herein and Australian Residential Property Planners disclaims all liability and responsibility for any direct or indirect loss or damage which may be suffered by any recipient through relying on anything contained in or omitted from the Internet site at https://www.propertyinvestmentaus.com.au

Without limiting the generality of the aforegoing, no person, persons or organisations should invest monies or take other action on reliance of the material contained in this material but instead should satisfy themselves independently (by seeking expert advice or otherwise) of the appropriateness of any such action. Australian Residential Property Planners are not licensed financial advisors. The general information we provide is for educational purposes only. Whenever specific financial advice or financial product advice is required Australian Residential Property Planners refer you to licensed individuals who hold the appropriate licensing required by ASIC.

The subject matter on and accessible from the web site https://www.propertyinvestmentaus.com.au is copyright. Apart from fair dealing permitted by the Copyright Act 1968, Australian Residential Property Planners grant visitors to the site permission to download and display its copyright material only for private purposes. For reproduction or use of copyright material beyond such uses, permission must be sought directly from Australian Residential. If given, permission will be subject to the requirement that the copyright owner’s name and interest in the material be acknowledged when the material is reproduced or quoted, in whole or in part.

This site may contain links to other websites operated by entities which do not belong to Australian Residential Property Planners. These links have been provided solely for you to obtain further information about other relevant products and entities in the market. Australian Residential Property Planners has no control over the information on these sites or the products or services on them, and therefore makes no representations regarding the accuracy or suitability of the information, services, or products described on them. You are advised to make your own inquiries in relation to third parties described or linked on this site. Inclusion of a link to a third party site should not be construed as that party’s endorsement of this site.

By linking to sites operated by third parties, Australian Residential Property Planners is not authorising the reproduction of any material on such sites, as such material may be the subject of intellectual property rights.

Australian Residential Property Planners has a strong commitment to providing excellent service to all of our customers and visitors of this website, including respecting your concerns about privacy. The bottom line is that meeting your needs and expectations form the foundation of everything we do – including protecting your privacy.